Mental Health Changes – Who are the winners and losers? 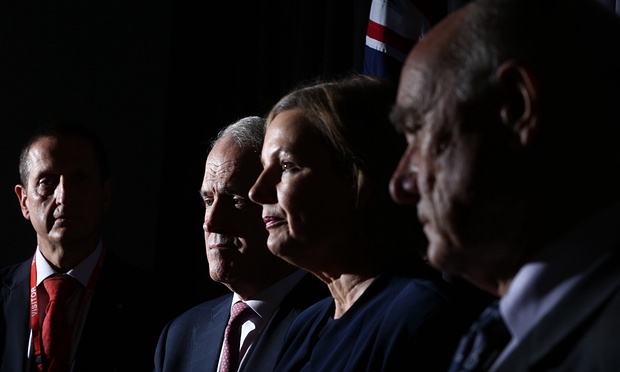 The proposed changes to the Mental Health care system have been launched to much acclaim from both the media and certain sections of the mental health community.  However, the announcement is light on details and demands scrutiny from the media and the general public.  Aaron has outlined the known facts of the proposed reform as well as listing some key questions that need answers.

Last week, amid much fanfare, Prime Minister Malcolm Turnbull and Health Minister Sussan Ley were joined by Mental Health expert Professor Ian Hickie and Mental Health Commissioner Professor Allan Fels, in order to launch a sweeping round of changes that would revitalise the mental health sector and begin to address what has been described as a “hopelessly fragmented system”.

I have been meaning to post about these new changes for about a week now.  However, the lack of detail presented in the available documents has made it difficult to determine exactly what the changes being proposed are.  I am curious that organisations such as Beyond Blue and The Australian Psychological Society among others were front and center with their praise for changes about which very little is known.  The Australian Medical Association, and the Australian and New Zealand College of Psychiatry were far more reserved in their assessment of the package, demanding more details from the government.

So I thought what might be useful is to consider what we actually know, and what can be surmised by reading between the lines.

Fact 1 – There is no new money in the reforms proposed

Despite the mental health sector being universally recognised by health economists as having about half the money that is required to provide optimal service, and despite Mr Turnbull’s appeal to the economic benefits of good mental health care in his launch, there is no new money.  Therefore, any new proposals need to be considered both in terms of what they offer, but also what is being taken away in order to fund them.

This online therapy will be offered as a first line of treatment instead of face to face therapy.  On the face of it this is excellent policy.  Online therapies get similar outcomes compared with face to face, and of course once the computer programmers have finished writing the thing, it runs virtually cost free other than hosting a bit of server space and some bandwidth.  There are a few problems with online therapies that haven’t been mentioned in any of the policy documents.  They are as follows:

The government plans to invest around $350 million into helping people at the severe end of the spectrum by channelling money toward regional “Primary Health Networks” (PHN) so that they can then purchase integrated care packages that best suit the person.  Again, this is a wonderful aim.  the needs of people with severe mental illness have always been grossly neglected in this country.  Integrated care seems like a worthwhile goal, until you look at it in a bit more detail.

The money has to come from somewhere.  The government is virtually silent on which services will be cut in order to fund the new initiatives.  However, the report from the mental health commission that the current reforms are based upon is pretty clear.  Some of the money will come from cuts to funding hospitals, and some of it will come from cuts to funding for private psychological services through medicare (The Better Access Initiative).

Again, without clear statements from Minister Ley, It is difficult to accurately evaluate the impact of the proposed changes.  However, the uncritical acceptance of these changes by the mental health community it both naive and demonstrates an incredibly short memory.  I have now lived through too many health minsters, mental health ministers, five year plans, reforms, restructures and rebrandings to have anything but cynicism toward the motives of government. I do not have any faith in our elected representatives to act in the best interests of mental health consumers unless they are afraid of losing their jobs.  If you care deeply about mental health issues, then contact your local MP and demand that they answer the following questions.

A lawyer friend once told me that mental health will never get a fair go in Australia because those who are severely affected are too unwell to stand up for themselves.  What is being promised by the government right now is “Once in a generation change”, it is up to all of us to stand up and demand answers to these questions from our government as to how they plan to do it.