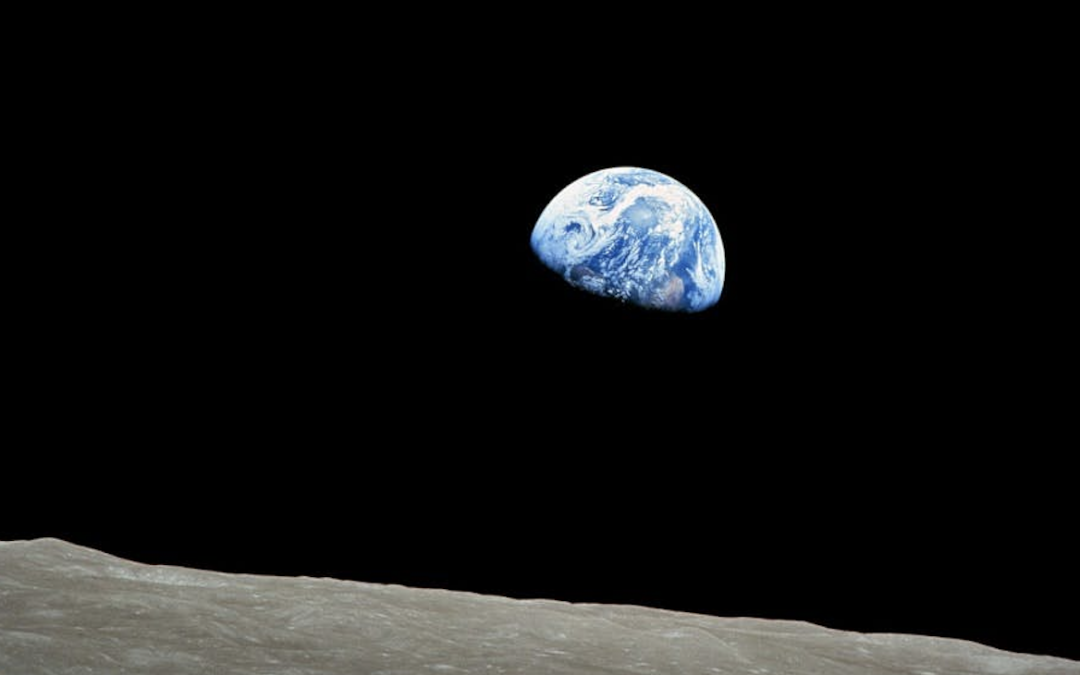 We don’t yet know how rare life is on other planets, but for now, at least every living thing that we as a species are aware of exists in this photo.

Millions of years of evolution have given rise to an amazing range of creatures, from the microscopic to the majestic.  What they all have in common is that they exist in a carefully balanced web of life, where every life form exists in balance with every other life form.  The whale cannot live without the plankton, the fly cannot live without the faeces, and none of them can live without two key ingredients; water and energy.

With a few notable exceptions, all of the energy for life comes from the Sun, turned through simple chemical processes into sugars which can be stored, consumed digested and released as energy for other creatures.  This energy can even be buried underground, turn to coal and be dug up and burned to release energy millions of years later.

Following this impact, the surface temperatures on the planet may have dropped by as much as 26° C.  Changes to climate matter.

Life is a delicate balance and changes to any part of that balance affects everything in that balance. Right now we are struggling with a changing climate, and trying to find the political will power to limit climate change to 2 degrees Celcius.  No one really knows how badly a 2-degree global increase in temperature will affect us (many scientists beelive that 2-degrees will be catastrophic) but 2-degrees is the best we can possibly hope for.

The general consensus is that limiting climate change to 2-degrees is already not possible.  This would basically require the entire planet to turn off al the machines within a year or two.  We are so close to the limit of our total carbon budget that only drastic action of this kind is likely to contain climate increase to this limit.

I have just returned from a long sabbatical which saw me and my family visit a number of countries from a fairly wide range of the spectrum of economic development.  Getting outside of the echo chamber of Australian politics was refreshing as we saw how these countries are dealing with the threat of global climate change.

With the exception of our time in the USA, no one anywhere else in the world was ignoring climate change.  The effects of climate change were also readily apparent.  From choking smog in Hanoi that is so bad the government recommends that people limit their exposure to the outdoors, to the husky mushers in Tromso who have never seen winter come so late, and are dealing with an epidemic of hip dislocations in their dogs as they drag sleighs through slush instead of ice.

If we ignore the slightly unhinged ranting of the reality deniers, climate change is real, it will happen within our lifetimes, it will involve radical changes to our society.  One of the great folley’s is to assume that history only progresses forward.  Each generation enjoys a slightly better quality of life than the one before it.  However, any historian will tell you that the story of our species is a story of falls and rises.  A hundred civilisations have fallen before us, and most of them have fallen at least in part due to an unwillingness to adapt to environmental change.

What can we do?

The first thing to realise is that you are powerless to do anything on your own.  Installing LED lightbulbs is a small step in the right direction, but honestly, by the time you drive your Hilux to Bunnings to buy an LED lightbulb that has been manufactured in a factory with no environmental safeguards and flown to Australia on a commercial transit flight, the benefits are a bit harder to justify.

In terms of simple consumer action, the following are the places that make the largest difference

the second biggest place we can make a difference is collective economic pressure.  For me the following facts made me realise there are some very bad people knowingly making some very bad choices.

-Industry functions through borrowed money, not many companies have the bank balance to build a coal mine

Money is being lent with the destruction of society factored into the profit and loss statement.  This has to stop, these reserves must be left in the ground.

Now going back to the largest organisation you have influence over.  Demand that they divest from any company who is lending money to extractive industries

Losing one customer will not change the behaviour of a major lender, losing several million-dollar customers might, losing all of their customers will.  So again, what is the largest organisation you have influence over and how are you going to convince them to divest.

Climate change cannot be prevented, but it can be mitigated.