Is it ok to write a report for a client you are treating? 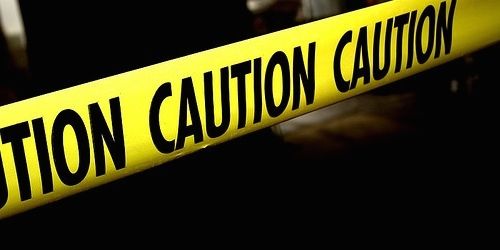 Is it ok to write a report for a client you are treating?

As a supervisor and practice owner, these requests come in pretty frequently, and I often find myself helping my supervisees work through their decision-making process to ensure an ethically and professionally responsible position.

There are a couple of principles to be considered here, and they relate specifically to the APS code of ethics.

Who is your client ?

This question is trickier than it might appear at first glance.  The APS code of ethics defines “Client” as follows.

Client means a party or parties to a psychological service involving teaching, supervision, research, or professional practice in psychology. Clients may be individuals, couples, dyads, families, groups of people, organisations, communities, facilitators, sponsors, or those commissioning or paying for the professional activity.

This inclusive definition of client means that clients are not merely the people sitting in front of you on a couch. In some instances, a third party payer may rightly expect that they enjoy a client relationship with the psychologist.

Example 1 You are treating John for PTSD following a workplace assault, this treatment is paid for by WorkCover.

In this instance, John is your client.  Even though WorkCover is paying for the treatment, they should not have the expectation that they may access confidential notes or opinions, and should not have the expectation that you are acting in their best interests.  As a psychologist, you need to ensure that Workcover understands that their payment does not produce a client relationship and that their expectations of such need to be managed.

Example 2 You are assessing John, on behalf of WorkCover to determine if he has PTSD and whether it is causally related to the workplace.

In this instance, Workcover is your client.  They should expect access to your notes and reports, and whilst John may be able to obtain these under FOI, it is important for him to understand that you are working on behalf of WorkCover and that his conversations with you will not be private.  You need to manage John’s expectations of confidentiality and ensure that he is very clear as to your role and the process that will be undertaken.

Example 3 You are treating John for PTSD and the treatment is being paid for by WorkCover (as in example 1) and WorkCover now requests a progress report.

This is trickier, John is very clearly the client as he is the one you are providing service to, but if you write the report, does Workcover now also become your client?

As the payer, WorkCover has the right to determine if their funds are being used wisely.  What they do not have the right to is your notes or opinions regarding malingering, causal relationship between the workplace and the psychological injury, or thoughts on pre-existing factors that may make Johns claim ineligible.

By providing such a report to the third party payer, the psychologist has in effect put themselves in a position of a dual relationship.  This dual relationship has an actual conflict of interest embedded. It is in John’s best interest to receive whatever treatment is required in order to get better; it is in the best interests of the third party payer to minimise the size of the claim.  The third-party payer will be looking for information in your report on which to reduce the size of any future payouts or to limit current treatment. As a psychologist, you run the risk of harming your primary client (John) in the pursuit of servicing the secondary client (Workcover).

Your report to Workcover should be brief, to the point and not speculate on any issues that are in dispute.  You may give an opinion, but only relating to the level of engagement with treatment and the likely prognosis.

What is your role?

Our code of ethics requires us to clearly state the contract of work that is being undertaken.  If you are providing assessment then the bounds of confidentiality need to be clearly understood by all parties and it is your responsibility to ensure they are.

B.4.  Provision of psychological services at the request of a third party

Psychologists who agree to provide psychological services to an individual, group of people, system, community or organisation at the request of a third party, at the outset explain to all parties concerned:

The two roles in question are “treatment provider” and “independent assessor”.  In the case above, where the third party requests a report from you, you run the risk of changing roles midway through a contract of work.  When the contract of work was established with John, some key parameters would have been established, including the issue of confidentiality.  John has every right to expect confidentiality limited only by his risk to self or others. He would have been well within his rights to complain to AHPRA if his confidentiality was breached to a third party that led to him losing some of his entitlements.

NB: Many John’s do feel quite aggrieved by this annually, and the psychologists are in a very weak position when trying to defend their actions in front of a tribunal.

Are you using correct assessment techniques?

B.13.1.  Psychologists use established scientific procedures and observe relevant psychometric standards when they develop and standardised psychological tests and other assessment techniques.

To answer the question “Is John malingering?” there are established and validated methodologies that our forensic colleagues are well trained in.  The techniques include but are not limited to; third-party corroboration, self-report measures with lie scale embedded within them, personality testing, and interview techniques with suggested responses.

Psychotherapy is never a tool that replaces assessment for anything.  It is absurd that we are even asked to comment on these matters. Imagine a GP who has been prescribing blood pressure medication to treat hypertension being asked to comment on whether or not the patient had any left ventricular hypertrophy.  This question can be answered with a range of techniques but a treatment protocol is not one of them.

People sometimes assume that because we talk to the clients we must know what is going on in their mind. This is a skill limited to psychics, not psychologists and it is useful for people to know the difference.

So how should I respond to these requests?

The risk of doing harm and the risk of finding yourself sitting on the wrong side of either professional or civil action is simply too great.